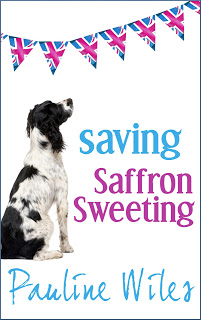 Saving Saffron Sweeting is a wonderful read. While Grace Palmer’s British friends are convinced she is living the American Dream, in reality her fledgling design business foundering and she has just discovered that her husband has cheated on her with one of her clients. In a fit of humiliation and despair, Grace flies home to England, finding a seemingly tranquil little village in the countryside where she hopes she can settle for a while and make sense of things. However Saffron Sweeting has problems of its own and there are some tricky twists and turns ahead as Grace begins her new life and tries to come to terms with losing the old one.

Memorable, likeable characters and a fast paced story line meant I was hooked from the very first chapter. A Quarter Finalist in the 2013 Amazon Breakthrough Novel Award, Saving Saffron Sweeting is light-hearted with laugh out loud moments in its incredibly accurate portrayal of British village life. The book gently explores the themes of true love and whether you really can have it all as Grace navigates a difficult path between her home and her happiness. Saving Saffron Sweeting is one of those books that you become so engaged with, you almost hate to see it end! Author Pauline Wiles is on tour with CLP Blog Tours and today, she is my guest. 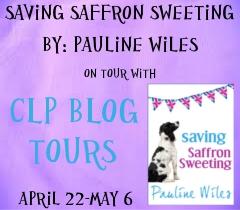 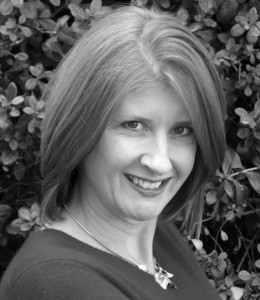 British by birth, Pauline Wiles moved to California eight years ago and, apart from a yearning for afternoon tea and historic homes, has never looked back. Her work has been published by House of Fifty, Open Exchange and Alfie Dog Fiction. Saving Saffron Sweeting is her first novel. I’m excited to share my interview with her here.

April : I’m a dual citizen (Canadian and British) living in the South of England, and we travel to the San Francisco Bay Area about four times a year with my husband’s job. (In fact, I read the book on a flight from London to San Francisco!) We absolutely love the Bay Area, so I can really identify with your love of it. What took you to California and how has it inspired your writing?

Pauline: My husband was working for Oracle (a tech company) in the UK, when his department reorganised and offered him a transfer to head office. We had previously visited and liked the San Francisco area… plus, at the time, I really hated my job. So, it wasn’t a difficult decision to move! Despite loving it here, I really miss England too and I think that was the inspiration for setting my first novel in a fictitious English village. It gave me an excellent excuse to rabbit on about British food and traditions…

April: Hallowe’en is one of the holidays I miss most from North America, so I love the part of the book where Grace encourages the inhabitants of Saffron Sweeting to adopt Hallowe’en for the new American residents of the village. Is there a holiday or celebration (aside from afternoon tea) that you really miss from England?

Pauline: I definitely miss Guy Fawkes night, and all the accompanying fireworks and bonfire parties. Not surprisingly, this found its way into the novel too. But one-off events, like the Queen’s Jubilee and the Olympics last year also make me super-nostalgic for England. I squeezed in a visit last September and loved seeing all the bunting and how the national mood had lifted a little. I came back to California with a few Union Jack goodies in my suitcase!

April: Which character did you most enjoy developing?

Pauline: Probably Amelia Hargraves, the sassy and ambitious estate agent who has been through a divorce and come out the other side with her head held high. She doesn’t worry much what other people think of her, and is the only female character with good taste in shoes! However, she isn’t so hard-nosed that she doesn’t grow a little during the course of the book.

April: I really liked Grace and felt very invested in her character. In fact, although I was very content with the ending, I felt a bit sad when I finished reading. Will there be a sequel?

Pauline: I have no plans for an immediate sequel, although I haven’t ruled that out. However, I’m thinking my next novel will also be set in Saffron Sweeting. Probably, the action will take place a year or two before, so you can expect to meet some familiar characters again.

April: What is your favourite thing to do when you are not writing?

Pauline: I recently discovered Zumba and absolutely love it. But I also enjoy running – err, jogging – with my husband. We’re so lucky, living where we do, that we have miles of trails along the San Francisco Bay to enjoy. Winter running in England wasn’t quite so appealing!

Thank you so much to Pauline for stopping by The 21st Century Housewife on her blog tour! 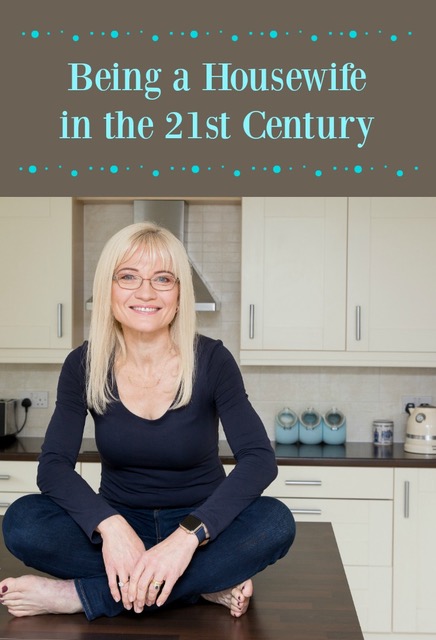 Practice makes perfect - except when it doesn't -

I know which one I'm choosing! 😉Just a little

The lovely @style.bysuze reminded me that it's Nat

These Banana Chia Muffins are so delicious! They m

Do you feel inspired to try new things at New Year

This website uses cookies to improve your experience while you navigate through the website. Out of these, the cookies that are categorized as necessary are stored on your browser as they are essential for the working of basic functionalities of the website. We also use third-party cookies that help us analyze and understand how you use this website. These cookies will be stored in your browser only with your consent. You also have the option to opt-out of these cookies. But opting out of some of these cookies may affect your browsing experience.
Necessary Always Enabled
Necessary cookies are absolutely essential for the website to function properly. This category only includes cookies that ensures basic functionalities and security features of the website. These cookies do not store any personal information.
Non-necessary
Any cookies that may not be particularly necessary for the website to function and is used specifically to collect user personal data via analytics, ads, other embedded contents are termed as non-necessary cookies. It is mandatory to procure user consent prior to running these cookies on your website.
SAVE & ACCEPT
Skip to content