Yes, you really can see San Francisco in a Day! The 49 Mile Drive is a route designed to be driven by car around San Francisco. It was opened back in 1938 as a promotion for the Golden Gate International Exposition. President Roosevelt was one of the first to drive it, and while San Francisco has changed a great deal since then, this iconic route still shows you some of the highlights of this wonderful city.

you can see lots of San Francisco landmarks. These include Fisherman’s Wharf and the Embarcadero, Lombard Street (the most winding street in the world), Chinatown,The Golden Gate and Bay Bridges, Cliff House, The Presidio and Twin Peaks, all in a day. The 49 Mile Drive takes you through lots of little residential streets (many closed to tour buses) and gives you a taste of the real San Francisco.

We’ve completed the route in its entirety twice. There are still many places I want to explore further, however in terms of an overview, The 49 Mile Drive is the best way I know to really see San Francisco in a day.

How Easy is The 49 Mile Drive?

There are a couple points where the signs are either hidden by trees or missing but in general the route is pretty easy to follow. It is a good idea to download a map to take with you in the car as well as to have a general map of San Francisco or GPS/Satellite Navigation device to hand. There are maps available online or you can visit any one of the branches of the San Francisco Tourist Information Centre.

The signs for the 49 Mile Drive only face in a counter-clockwise direction, so if you want to follow the route clockwise you will definitely need a map! San Francisco traffic is much heavier than it was in 1938, particularly near Union Square, Chinatown and Nob Hill. You may even want to park and do parts of  the drive on foot. Be prepared for heavy traffic near Golden Gate Park and The Presidio, especially around rush hour.

Highlights of The 49 Mile Drive

There are so many highlights on The 49 Mile Drive it’s hard to choose favourites, but here are some of mine: 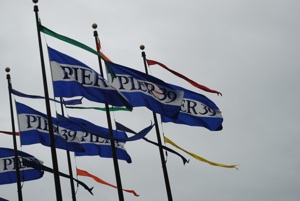 Depending of the time of year that you visit, the seals and sea lions at Pier 39 can be incredibly entertaining. You can also wander through the Embarcadero area. The Farmer’s Market in the Ferry Building is a must for foodies.  There are shops and restaurants galore, as well as a very interesting fish market. Be sure to stop for lunch at Boudin at 4 Embarcadero Center. They are famous for their Clam Chowder in a Sourdough Bread Bowl. 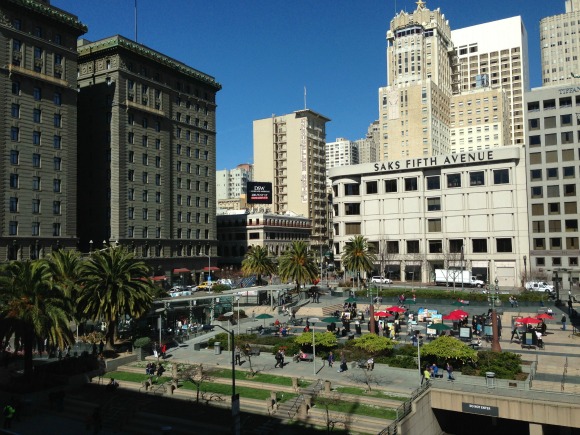 The famous St Francis Hotel looks over Union Square. It’s a destination that offers discerning shoppers everything from Macy’s to Saks, Tiffany’s and the flagship Apple store. There is a Cheesecake Factory on the very top floor of Macy’s where in fine weather you can sit out on the terrace and overlook the square as you eat. 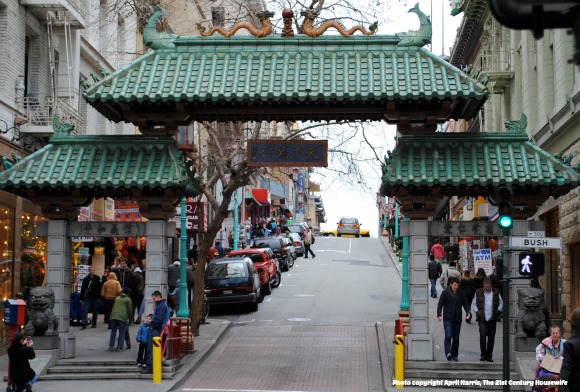 The Gates of Chinatown

Best explored on food, this neighbourhood just up from Union Square and centred on Grant and Bush Avenues, is a great place to get a taste of San Francisco’s thriving cultural scene. 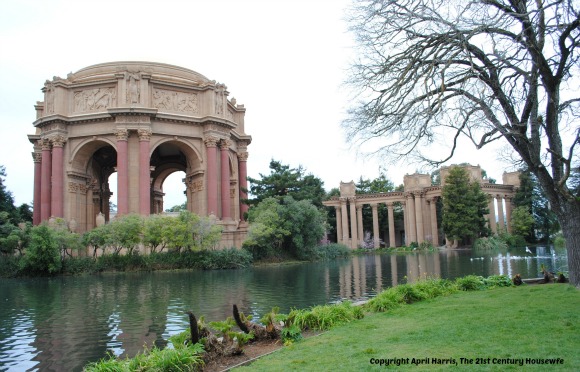 The Palace of Fine Arts Theatre

The Palace of Fine Arts Theatre

Built for the Panama-Pacific International Exhibition in 1915, this beautiful structure was also a celebration of San Francisco’s recovery from the devastating 1906 earthquake. Architect Richard R Maybeck chose a Roman ruin for his theme and having been to Rome, I think he executed it very well. It’s quite amazing to see something that appears so ancient in the midst of a fairly modern city. 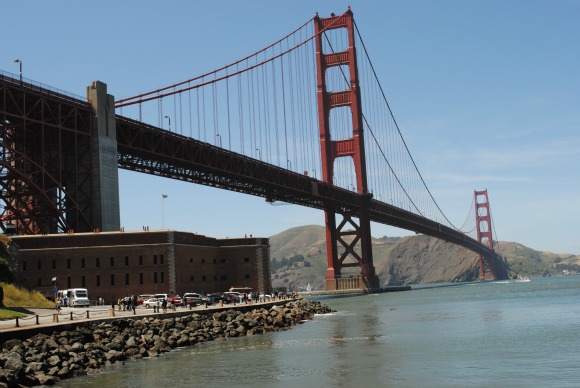 View of The Golden Gate Bridge from The Presidio

Originally a Spanish garrison and later an American army base active during both World Wars and the Vietnam War, the Presidio is now part of the National Parks Service.  There are many historic buildings and museums, and also some stunning views of the Golden Gate Bridge. 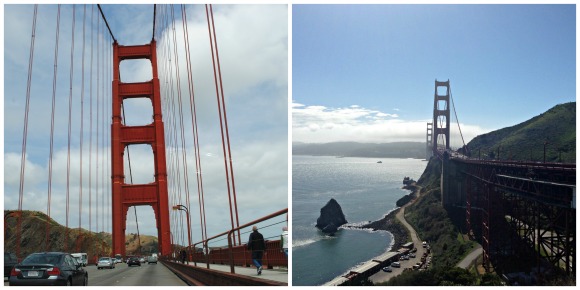 It is quite an experience to drive across this stunning piece of architecture. Just across the bridge from San Francisco there is a Vista Point with parking which offers amazing views of The Golden Gate, as well as of San Francisco and Alcatraz. Driving across the bridge out of the city is free, but there is a toll to cross back towards the city ($7.50 for cars at time of writing, payable online). It’s well worth the price of admission! 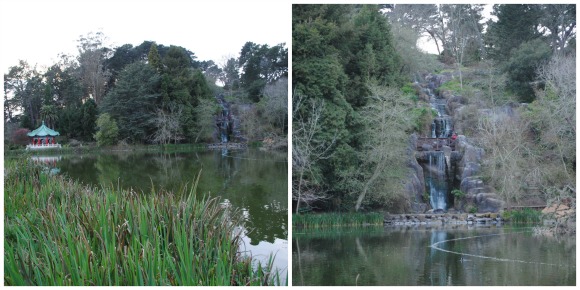 With over 1,000 acres of gardens, playgrounds, lakes and picnic grounds, you could spend a day here on its own. However The 49 Mile Drive offers a chance to see many of the most beautiful areas of the park, including Stow Lake with its lovely waterfall.

See San Francisco in a Day on The 49 Mile Drive

These highlights are only the beginning of the adventure that awaits you on the iconic 49 Mile Drive. It’s a a great way to start a longer stay in San Francisco, as it will help you to choose the things you want to go back and explore further. However if you only have a day to spend in the city, The 49 Mile Drive is a wonderful way to see a great deal of it in a very short time.

Places to Visit in San Francisco

My husband and I have been reducing our intake of

Are there cookbooks on your nightstand too? What i

Throwback Thursday to today last year and a fabulo

🌟"The person who dances with you in the rain wi